Neurotoxic amyloidogenic peptides in the proteome of SARS-COV2: potential implications for neurological symptoms in COVID-19 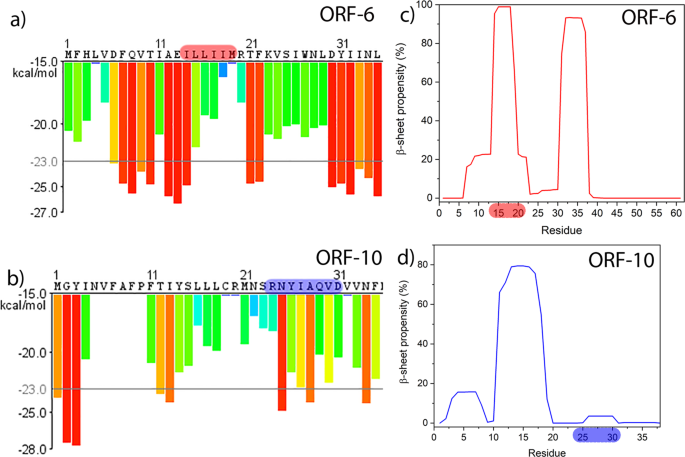 Neurotoxic amyloidogenic peptides in the proteome of SARS-COV2: potential...

Here the authors report the formation of toxic clumps of protein, similar to amyloid assemblies found in Alzheimer’s disease and suggest their possible role for some of the neurological symptoms of long-COVID.

An incredible paper was just published (thank you David Wiseman for the heads...

It's incredible in terrifying ways.

Imaging has played a variety of roles in the study of Alzheimer disease (AD) over the past four decades. Initially, computed tomography (CT) and then magnetic resonance imaging (MRI) were used diagnostically to rule out other causes of dementia. More...

Neurotoxic amyloidogenic peptides in the proteome of SARS-COV2: potential implications for neurological symptoms in COVID-19 | Nature Communications An incredible paper was just published (thank you David Wiseman for the heads up)

Would you happen to have a TL;DR summary? (TLDR = too long, didn’t read)

Quickly skimmed the second article. I doubt that amyloidogenic peptides are to blame. But it’s worth talking about.

1- The vaccines don’t encode the proteins described in the paper Neurotoxic amyloidogenic peptides in the proteome of SARS-COV2. Assuming that the spike protein does it too is somewhat of a stretch.
2- A lot of people don’t get problems from the vaccines. Also, while vaccination seems to be a terrible idea for ME/CFS, long COVID, and vaccine injured people… there are many people who don’t seem to have problems with re-vaccination. (Sort of like how most people survive Russian roulette.)

The mechanisms seems like it would cause problems in most people… but we’re seeing a minority of people with problems.